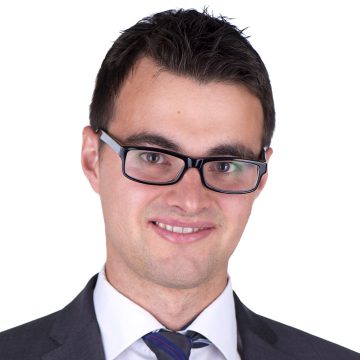 Jamie Bourne is an Associate in the Furley Page Corporate team.

Jamie graduated from the University of Birmingham in 2011 with a degree in Law. He then went on to The College of Law in Bristol (now The University of Law) to study his Legal Practice Course.

During his LPC Jamie was an active member of the Legal Advice Clinic, advising attendees at a local homeless centre.

He then trained and spent his first eighteen months working as a solicitor in a regional Kent firm before joining Furley Page in July 2017.

Jamie acts for businesses as well as entrepreneurs, providing advice on a broad range of business issues including company acquisitions and disposals as well as restructures to allow for succession planning – passing the family business on to the next generation.

Outside of the workplace Jamie is a keen tennis player. Having competed nationally representing Staffordshire throughout his junior career, including winning the County Championships in 2004, he now regularly plays for the men’s teams at Canterbury Tennis Club. In addition, he is a fair weather golfer.